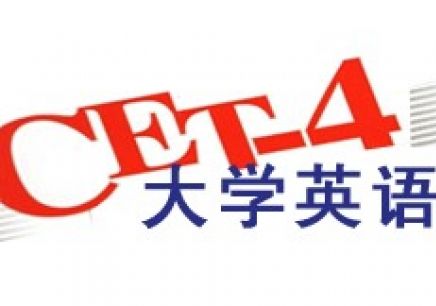 A NASA satellite orbiting over Portugal took photographs that reveal the effects of pollution from ships. One of the photos shows a thin film of clouds above the brilliant blue of the North Atlantic, cut by white lines of thicker clouds that look like scars.

NASA officials explained those thicker clouds are signs of ship traffic below. 【Q1】When ships power their ways through the ocean, they pump exhaust into the atmosphere, just as cars do. And those massive amounts of particles can cause clouds to form.

Get enough of those particles in one place, as from the exhaust of a ship, and they can lead to the creation of new clouds easily visible from space. “These clouds can be huge, some of them stretch hundreds of kilometers from end to end”, NSAS officials said.

【Q2】It’s likely that these sorts of clouds are having some effect on the global climate, according to NASA officials. But scientists aren’t yet sure what effect it has.

Q1: What has caused the thick clouds in the photos taken by a NASA satellite?

Q2: What do NASA officials think about the thick clouds?

Staff at a suburban supermarket in Melbourne say they feel unsafe at work after security guards were removed. This came after a series of physical attacks and verbal abuse by customers. More than 50 workers at the store have signed a letter calling for a permanent security guard following a series of incidents, including a customer threatening to attack a supervisor with a knife. "A security worker had guarded the store each night from 7pm until 12am, but that had stopped suddenly on Monday,” employees said. One worker said an angry customer had thrown a chicken at his head after complaining about how long she had waited to be served. Another worker said the lack of protection at the store made her feel uncomfortable at work. However, the spokesman of the supermarket said the store had taken strong action in response to incidents, "We have found very few instances of bad customer behavior at our store in the past year. In the rare cases we have seen bad behavior, we have taken strong action in response, including banning a customer from the store."

Q3: For what purpose, did the staff at the supermarket in Melbourne sign a letter?

Q4: What did the spokesman of the supermarket say, regarding the employees' demand?

Drivers on their way to the Polish capital of Warsaw on Wednesday morning found the road blocked by an unusual obstacle – tons of liquid chocolate that spilled onto the motorway.

A truck carrying the sweet load hit a road barrier and overturned, blocking two lanes. The cracked tank spilled a pool of rapidly-hardening chocolate, which quickly covered the width of the road. While the driver was taken to hospital with a broken arm, firefighters struggle to remove a reported 12 tons of solid chocolate from the road.

The local TV also noted that the cleanup spanned more than a mile, because drivers simply drove through the chocolate after the crash, leaving a long chocolate trail. But despite the sticky situation, firefighters and police attending to the cleanup were reportedly cheerful about the long task ahead. After all, who could be mad about 12 tons of chocolate?

Question 5: What did drivers on the motorway to Warsaw find?

Question 6: What does the report say about the accident?

Question 7: What did the firefighters‘ representative tell the local TV?