Chinese brush is a traditional writing instrument originating from China. Ink stick, paper, ink stone and Chinese brush are known as “Four Treasures of the Study”.Chinese brush has a long history. Legend has it that the brush was invented by Meng Tian, a general under the First Emperor of the Qin Dynasty. Originally, the head of the brush was made from rabbit hairs, and later also from the hairs of goats, wolves, chickens, mice and other animals. The shaft is made of bamboo or other materials. In ancient times, Chinese brush was not only an essential writing tool, it was also widely used in calligraphy and painting. For thousands of years, it has made outstanding contributions to the creation of the effulgent Chinese culture. 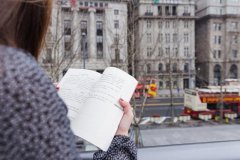